A speech by Dr. Daniel Holzinger, Friday 19.10.2018 at the 23rd congress of the European Association for Psychotherapy. A critical view on mental training – the cognitive approach in sports.

It is most important to keep having fun while doing sports

If athletes replace their fun with the urge to perform better than others, they become dependent of their own absolutistic demands, that they must perform better than any other competitive sportsman, because these demands cannot be fulfilled at any time and any cost. Any athlete is confronted with failures and he loses fun as soon as he is not the first or the best one. Losing fun causes suffering.

According to the cognitive philosophy of emotional disturbance the suffering is not the consequence of failure during sports competition but the result of having the strong demand that the athlete must win at any circumstances. Even if he knows that there is a younger and better trained competitor who is able to beat him. Through this explanation we come to the most important part of competitive sports: this kind of competition destroys fun and develops addiction of comparison. And we know that any kind of addiction is an unhealthy state of mind, and in the long run addiction produces again suffering.

Mental training representatives promise those who use it, to free themselves from unnecessary stress, to overcome fear of failure and to call for the best performance in sport, rehabilitation and work. Even under enormous pressure. As a psychological procedure, mental training uses ideas to play through the course of action beforehand. This should help to concentrate on the essentials so that the emergency becomes a success (blurb of the book “Mental Training”, Jan Mayer and Hans-Dieter Hermann).

In other words this means, that the more often someone introduces himself to a certain, already practiced sensorimotor process, the lower the likelihood that this person will be emotionally blocked or that this person will thereby free themselves from their already existing emotional blockages. If so, top athletes should no longer have emotional blockages because they have already practiced their sensorimotor processes to the point of automatism. Nevertheless, it happens again and again that athletes fail in the competitions in the attempt to retrieve their highest performance!

From the standpoint of my personal experience I discovered as an ex-champion in running on middle distances that my mental trainers spoiled my mind with competitive urge. This kind of attitude stayed in my mind for a long period of time even after quitting competitive sports. I was indoctrinated with the belief that I can be the best, if I strongly indoctrinate myself, that I AM the best. As long as I believed in this crap I continued doing competitive sports. But I experienced a great disillusionment in the moment I realized that there are much stronger athletes – because they are more talented than me, they trained in high altitude or maybe they used doping to push their limits – and not only mental training like me. After this discovery I gave up professional sports and changed my mind in order to become a “coach” to help other athletes and persons – because the urge to compete is a social problem.

Let’s suppose that everybody is indoctrinated with the same belief, that he or she is the best one in whatever he or she does. Can this belief produce the best performance of anybody in the same competition? What do you think: Can anybody finish a marathon race as the first one?  – you know like me, that this is not possible.

The consequence is, that this belief produces a huge number of losers and only one – short time – happy-champion. No later than by the next marathon race this former champion will be confronted with the consequences of his previous champions run – these could be muscle pain, loss of physical power and lack of willpower. So  there is an extremely high probability that he will be part of that group of unhappy losers and that he develops a kind of emotional disturbance like feeling guilty, depressed or anxious about of not being able to fulfill his own expectations, as well as the expectations of his trainers, spectators and his national journalists.

This short view or insight into competitive sports shows that so called mental training has no power to produce champions on the contrary it produces a lot of emotional wracks.

What are the solutions to this recognized but not appropriately treated social problem?

I am going to explain three possible solutions from the cognitive standpoint, although I don’t believe, that a lot of professionals will agree with the second and the third of my solutions.

Most trainers believe, that there are some weaknesses in their trainees which should and could be transformed into strength. But we don’t believe that this is possible with a well-trained athlete, because of our experiences in dealing with professional athletes. In order to get rid of one of his own weaknesses the athlete has to train at least 5 to 10 thousand training units. It means that he has to neglect his strengths and talents and he will reduce his performance level instead of increasing it. The only thing he should concentrate on is to recognize his performance obstacles and to replace or to overcome them by using our cognitive approach.

What are possible performance obstacles by almost any athlete?

These are the same obstacles we discovered in any other life topic.

The question is if some of them are more important than others and how to treat them in order to overcome them. Cognitive obstacles could be overcome if the trainer knows the necessary types of noble thinking (those are analytic – synthetic thinking, deductive – inductive thinking, intuitive – counter intuitive thinking and innovative and creative thinking).

The more – the better?

If somebody thinks for example that he has to train more than others to overcome his physical limits and to become the best in his discipline than we can easily see that this type of thinking is a kind of thinking error. It is based on a lack of factual approval because athletes could never overcome or grow over their own biological limits without doping. If they train more and more they will probably get over trained and destroy their physical and mental health. But many athletes and their trainers use this type of erroneous self-indoctrination although a small analysis of the facts could show how false it is.

It is all about emotions

Maybe the most important factor for increasing performance levels or recalling trained capacities in the real competition consists in overcoming emotional obstacles. Emotional obstacles in sports are anger, anxiety, envy, jealousy and depression – only to name a few. These feelings are the result of dysfunctional thinking patterns. They are not produced through the circumstances the athletes are exposed to. Respectively in order to get rid of any emotional obstacle one should not dig in his childhood and youth but to recognize the present dysfunctional thinking patterns and to replace them with the functional ones.

Can anybody motivate me?

Then there are motivational obstacles. They consist of two dimensions.

The formula of the right motivation consists of the following components:

And that’s why I mentioned above that you or the athletes and trainers won’t like the second solution because it means that professional athletes have two possibilities to get rid of their suffering.

The happiness has two meanings:

A fulfilled life depends, like stoicism in antique times discovered, on a mission a person has in his life.

It is approved by a modern philosopher named Taylor from the U.S. that not everybody is able to have a big mission in his life. But everybody can choose to make his own life a personal mission.

So we suggest that there is a third solution for personal happiness. Instead of being dependent on luck or consuming material things or achieving or breaking personal and universal records a person could rely on his or her own creative potential. This creative potential can lead to personal insights about the relationship between two phenomena the person is dealing with. Those insights stimulate nucleus acumbens which respectively produces or pours out endorphins without any negative side effects. 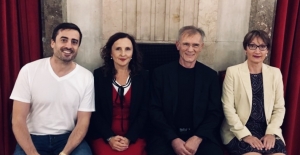 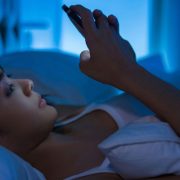 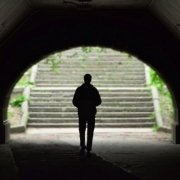 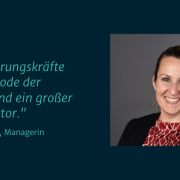 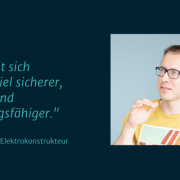 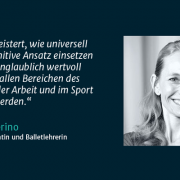 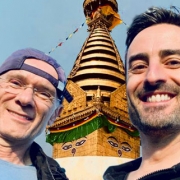